The Tides on the Ides at Times Square

The sun’s gravity pulls at all parts of the planet, and the bits of earth closer to the sun get pulled harder than the bits farther away.

This gradient in the force on the earth tries to tear it apart, atom from atom, but as long as the earth is far from the sun the gradient is not too steep, and the stronger mutual attraction between bits of the earth keeps it intact.

The moon causes a similar gradient that produces the tides. Water on earth nearer the moon bulges towards it as the earth rotates; the center of the earth is pulled towards the moon too, and the water on the opposite side remains a little behind. So you get two tides a day. Spring tides occur when the moon and sun line up and act in unison on the earth.

Forces of unequal gradient are called tidal forces. Were the earth to get really really close to the sun, it would be torn apart, the variation in the sun’s gravity across the diameter of the earth overcoming the earth’s own internal attraction. 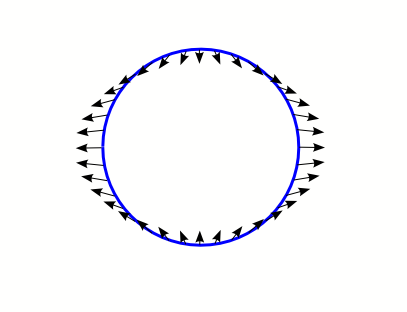 At Times Square on the evening of Oct 15th it felt as though tidal forces were beginning to pull people apart. The gradient of unequal opportunity is beginning to dominate the attraction of common destiny.

It’s not hard to see that one needs a diminished gradient and a stronger mutual attraction. It would be nice if someone stepped up to the plate soon, before things get too unmoored.