Decline of the West: 1 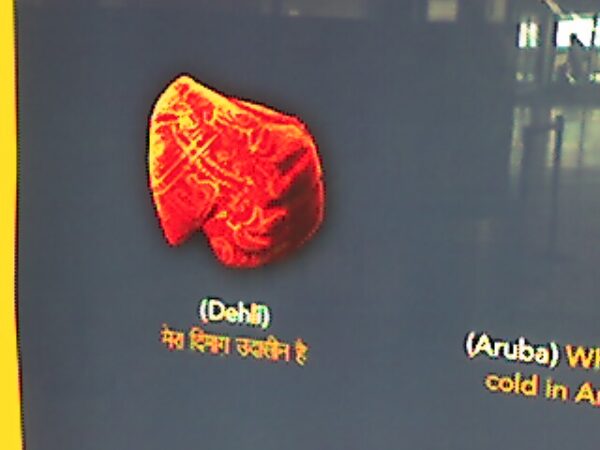 I spent the last week at Stanford University, about which more later.

As I walked through Newark airport to the “Passengers Only” security check, I noticed a very large backlit advertisement for Continental. It showed people in various countries wearing hats that were appropriate to their local weather, and claimed that Continental knew the local environment perfectly and should be your airline of choice.

One of the places was Delhi, and attached is a photo taken with my Treo (hence the low quality) of that part of the ad. How can they spend that much money and not do a spell check on the few words in the ad?